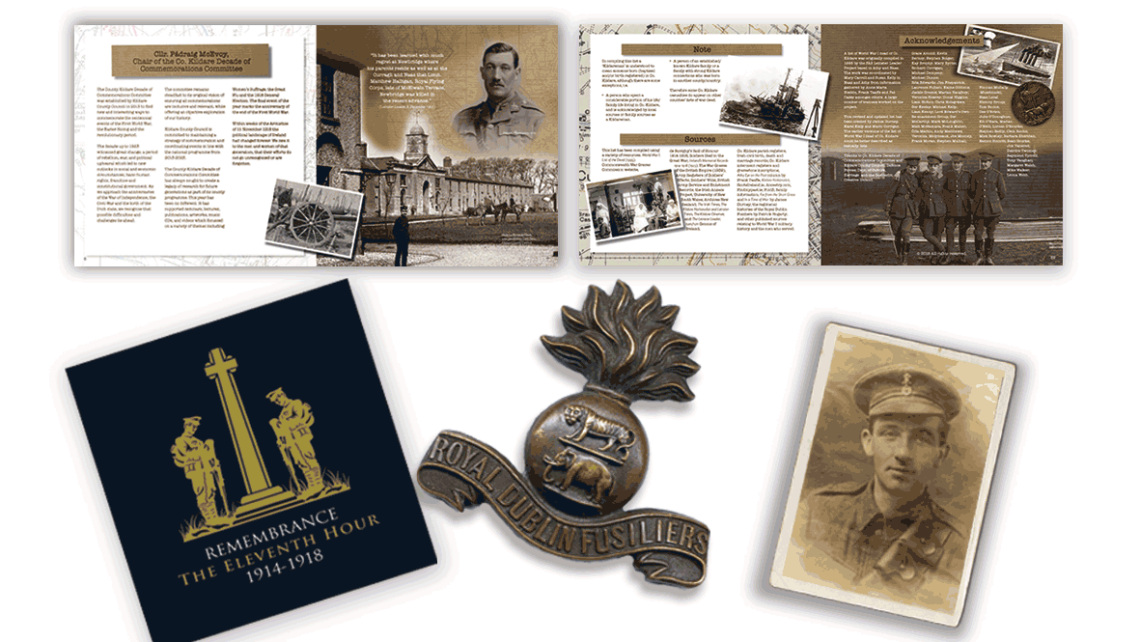 World War I Commemoration Book Design and Print
It has been established that approximately 747 men and two women from Co. Kildare died between
the outbreak of war in August 1914 and the fixed date of the end of the war as 31 August 1921.
This book is a commemoration to their sacrifice.

From towns and villages, rural cottages and the big country houses, Kildare men
marched away to the great battles of the Western Front and beyond. Some were regular
soldiers with a family tradition of service in the British armed forces;
a sizeable number were volunteers who were fighting for the freedom of small nations
and Home Rule for Ireland; many were economic recruits and some joined for
the chance of adventure.

You can find out more about which cookies we are using or switch them off in settings.

This website uses cookies so that we can provide you with the best user experience possible. Cookie information is stored in your browser and performs functions such as recognising you when you return to our website and helping our team to understand which sections of the website you find most interesting and useful.

Strictly Necessary Cookie should be enabled at all times so that we can save your preferences for cookie settings.

If you disable this cookie, we will not be able to save your preferences. This means that every time you visit this website you will need to enable or disable cookies again.